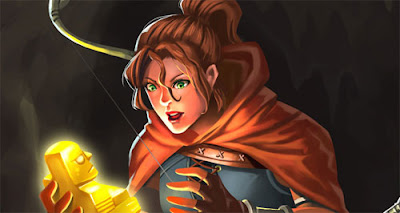 Gods Reborn is almost here and this week we'll be posting a new card preview each day to show you what's in store in this exciting new set.

When designing this set, I knew that I wanted to do the following:

1) Expand the canon of Euna to include some new races from "beyond the shores" of the island that we've known so far.

3) Try out some new abilities and card text that had never been done before.

4) Create some cards that scream "build around me" for top deck builders.

5) Create answers to some of the gaps in the metagame.

Over the last few sets we have seen the rise of some very powerful gear: Essences, Opuses, Inverted Hourglass, Epic Battle Axe. The rise of MEK, as discussed here, has brought gear front and centre in the meta, leaving players seeking new solutions to these problems.

Earlier in the life of Kingdoms, Weapons were the biggest issue that players had to face. Lava Blade and Quickdraw Cannon were everywhere, controlling creatures and winning games on their own. Tribes added Epic Battle Axe to this list, but also brought the ultimate solution to the weapon problem: Cease Fire. 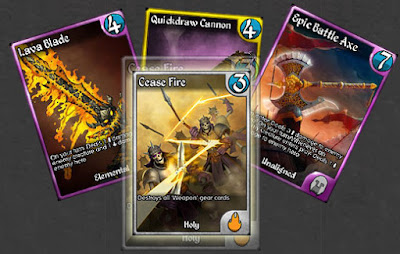 While that helped control Weapons, the new and powerful Relics have gotten off pretty easy. There is no mass Relic destruction, so the risks of going all-in on Relics has been enticing. 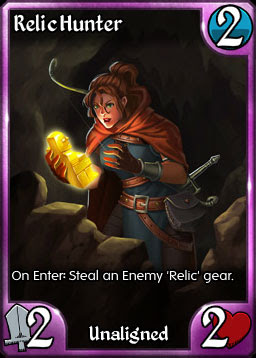 Oh, that is a nice Hourglass, may I have it? How about I fly that Mechana War Banner? Sometimes the best solution isn't just to break things, its to take them and make them your own.

Relic Hunter fits into any Standard deck and for just two mana can swing a game 180 degrees. Her effect is random, so players can try to outwit her by playing multiple Relics at once, but requires players to play around her. Drop a Relic on its own and you could easily be staring at it on the other side of the board.

We expect to see our lovely hunter on many a battlefield very soon.

Come back tomorrow when we discover why sometimes simple is better.