Another PVP season has come to a close and the story of the season was clearly the rise of Bothar vs. MEK. 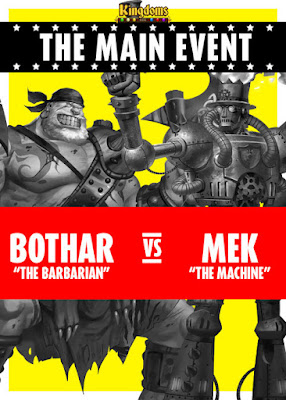 In the Standard Top 100, MEK was the most used hero, and Bothar came in at number 4, behind the reigning champions Arcanos and Thania. Both MEK and Bothar sported a 53% win ratio, which while good, is nothing spectacular (both Uunys and Devroth had the same win ratio).

Where the two really had an impact was Limited.

In the Limited Top 100, Bothar has solidified himself in the top spot, appearing in 31% of games and had a win ratio of 68%. Who did Bothar prey on? MEK. While MEK was running around giving aggressive decks a fit, Bothar was primed and ready to punish these players.

The most successful Bothar deck was run by the winner of this season's Limited Ladder, the Ancient kingdom's biggest proponent: Cewen.

Here is the deck: 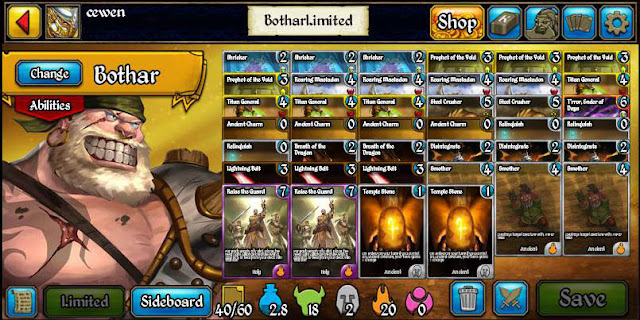 Cewen worked to lock opponents out with the combo of Raise the Guard and Prophet of the Void. With so many decks relying on inexpensive cards to keep up pressure, opponents could find themselves sitting watching as the Prophets grew under Surge of the Ages with few options to fight back. And if one Prophet could be removed, Titan General is happy to join the party and make the Prophets even bigger.

I spoke to Cewen after the season and he feels that this deck is the best Limited has to offer, with so few immediate answers to a wall of Prophets (T'rror, Realm Crusher, Echo Blast, Divine Wrath). In his view, the deck is weakest against Arcanos spell-spam decks and other well-built Bothar decks.

Are we concerned about the rise of Bothar and MEK? Not yet, but we will of course be watching over the next season and the release of Gods Reborn to see how the meta responds to this new threat (as well as continuing to watch Arcanos and Thania).

As you know, when we announced Gods Reborn, we stated that it would contain 96 cards. Well today it was decided that we would be adding a 97th card to the set... one that some of you might recognize: 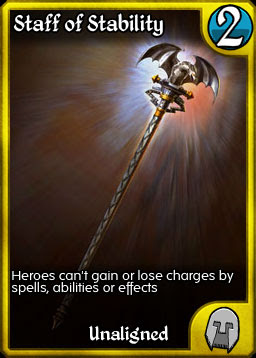 Originally intended as a prize card, and inadvertently teased in the promo section of the collection, the Staff of Stability has been moved to the booster set so that everyone can get it. And in an era of very strong charge based builds, it could have a significant impact on the metagame. Just look at Cewen's Bothar deck above. Staff shuts off 11 cards. Versus the MEK decks that run Charge Orb and Charge Potion it has even more of an effect, and of course it blanks Goblin Scavenger completely.

For Heroes that have low charge costs like Shadow and Felincia, the Staff can help them compete against more powerful ultimates and give them time to seal victory.

Note that Staff does not prevent the three charges gained at the start of each turn, it just forces players to play the charge game fairly.