In the past we've made some announcements that have combined changes that are good for everyone - Arena prizes, new heroes - with changes that have met with mixed emotions - like nerfing Quickdraw Cannon and Essence of Life.

For our next release we have decided to not make any balance changes, or change to the core features you know - this release is all about making Kingdoms more fun for all players, new or old.

With our next release Eve, Rise and Tribes will all be dropping in price.

You will notice that there is no 3-Pack price. As of this release the 3-Pack has been removed as the Gem pack and Gold pack are now separate packs. Unlike previous "Gold only" packs, these packs still have 10 cards, still have a rare or higher in every pack and can still open every card in the set. We've just made the Gem packs a little more enticing by giving them a better chance of opening an Epic and awarding crafting Essence in every pack (Light Ascending and Descent into Darkness packs will also award Essence in every pack).

Tribes singles have also been added to the hourly singles rotation... because it's that kind of a release.

More Gold from the Arena

We are aware that some players may not feel we've gone far enough with these price drops. Instead of crashing the prices, we've instead dramatically increased the amount of gold that can be gained by playing in the Arena.

The Limited and Standard Win challenges, previously locked behind a 1749 rating requirement, are now open to ALL players. Whether your at 1900 or 1300, you can still get gold for your wins, whether against live opponents or against the AI (note that your rating will still only change against live players).

All in all, if you complete all of the challenges for the day, you will receive 15,000 Gold (plus your Gems), giving you enough to open a pack (or more) every day!

We've heard the concerns about the Tournament Prize Pack. To make this pack more exciting to players new and old we've gone crazy and made it possible to open up to 3 rares per pack.


Will you be the first to open a pack with a Rare, an Epic AND a Legendary in it? That's now entirely possible.

Better Rewards in the Training Grounds

For our newer players, and future players, we've done a complete review of the prizes given out for beating the nodes in the training grounds. Many of the reward cards have been changed to give new players a better starting collection by the time that they defeat Nemesis.

And the new prize for beating Nemesis... 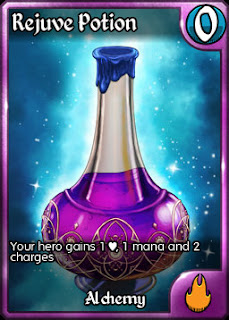 Beyond this, new players will also open a special new pack after many nodes: 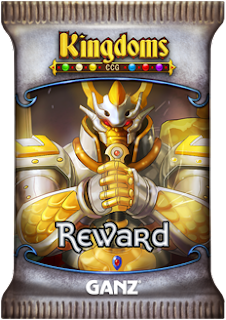 This pack will open a single card from any of the released booster sets, anywhere from Common to Legendary. Now every player will have a unique experience in their travels through Euna.

We can finally reveal the prize card for Arena season 3: 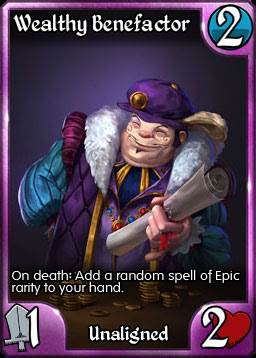 Another fun card that can add some chaos to a game.

And for season 4 we're proud to announce that ALL players (who complete 20 games) will receive our first variant art card... the ever popular Disintegrate. Here's a sketch of the art: 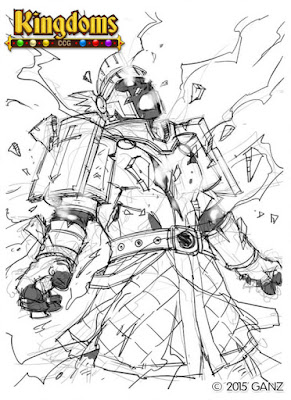 Have a great weekend everyone, and we'll see you on the battlefield!