We are excited to be able to finally announce the follow up to Light Ascending... 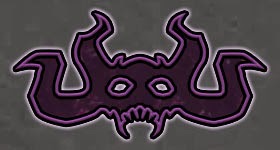 Surprised by appearance of Elara and the armies of Knights, Giants and Fae that she inspired, the Kingdoms of the Dark were forced to call upon their own champion - a demon of such unyielding power that it threatens not just the forces of Light, but the very existence of Euna.

In designing Descent into Darkness we again set out to address key holes in the environment. Every strategy needs a counter strategy and since the release of Rise of the Demigods, players have known the threat of this:

Untargetable, and effectively unblockable, "GooG" has been killing players for years. His limitation text ignored using cards like Swap and Dreadful Return, a lucky player could have a GooG bearing down for the kill as early as the first turn.

With the release of Descent, the angry masses have a new message to give to our dear friend GooG: 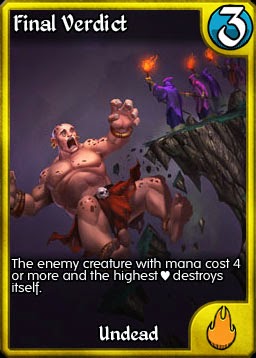 Final Verdict is the untargeted solution to the most powerful threats in the game, today and in the future. Yet while it can clear the board of a Skullcrusher Giant or Bruiser from Beyond with ease, it is balanced by the fact that a buffed and empowered Swiftshot Ranger will ignore it fully, and that while you may need to kill that Diryam right now, if your opponent also has out a Dwarven Battle Rig, Final Verdict won't help you.

Stay tuned to the blog for more card previews. Descent into Darkness will be hitting the shop in just two weeks time! 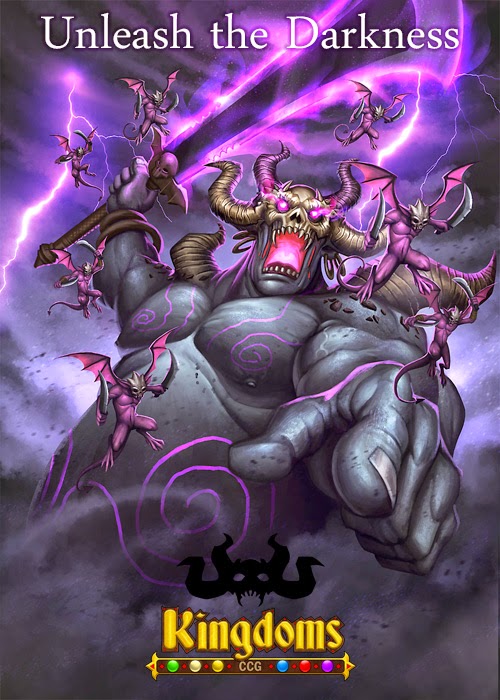