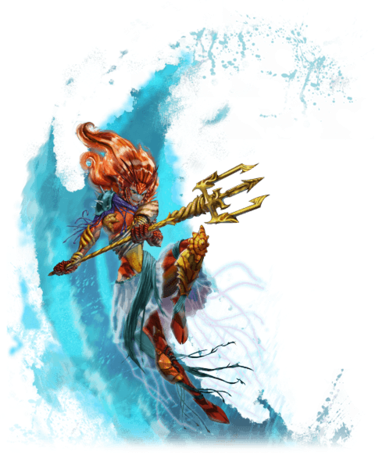 Since the early days of Kingdoms CCG she has been the top choice for aggressive decks, and a force to be reckoned with.

When the changes were made to Noran and Dravkas last year, we all knew that Jorma was the number 3 played hero and by not changing her that she would likely rise to the top. And that is exactly what has happened. Jorma is the number one played hero in both Limited and Standard (though still not even close to the domination of Dravkas pre-revision).

So why was she spared from any changes? Read on.

Fuelling her success are creatures with Haste. The top three creatures in standard right now are: Firecat, Fury Stoker and Erratic Werewolf. Haste is the backbone of aggressive strategies, and Jorma embraces this better than most.

And for good reason. Haste is arguably the most powerful ability in Kingdoms. It turns a creature into direct damage and creature removal. Any creature with Haste will get more attention than a creature without it. It's just that good.

So going into the design of Light Ascending, I knew that I wanted to create some new tools against this very popular strategy. So far we've only had this guy:

A decent card, with the right card text, but with only 1 Health, and Jorma's ability to remove resist, he was often the wrong guy for the job.

In Light Ascending, we're introducing not one, but 3 new options for dealing with the red menace.

To start, we've got a new way of shutting down haste directly: 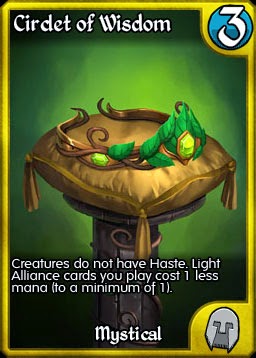 Headpiece of the Watch? It's that and more. Circlet shuts down all Haste. Period. It's also one half (okay, 3/7ths) of an Omni Cloak, all for the very playable cost of 3 mana. We expect that the more than a few heroes will don the Circlet in the near future and that aggressive decks will need to be ready for it.

Of course sometimes has is just a bonus. Once a Firecat is actively attacking, it's going to deal its damage, hasty or not. Need a quick blocker? Then you're dealing with the number 2 most played card - Disintegrate. What if there was an option that helps decks with both of these scenarios? 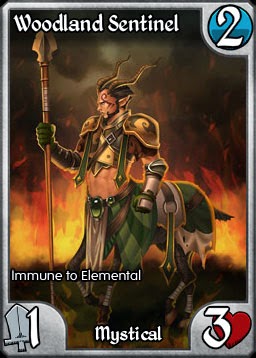 Simple, yet deceptively powerful. Introduced in Tribes, Immune has only been seen on two creatures so far, neither of which made a significant impact in the tournament scene. Woodland Sentinel might just change that. With Elemental creatures and spells taking up so much of the top cards list, a simple creature that just flat out ignores those cards is definitely main deck worthy, and with the right heroes (I'm looking at you Petrice and Belnir) he could turn into an all star. Jorma decks will definitely need to diversify there removal or end up stuck looking at an impossible board state.

Finally, we look at the situation where the problem isn't just when the creature has haste, or is Elemental. There is a certain Goblin that has been annoying players since the beginning of year, and we'd like him to have a little more challenge scavenging... 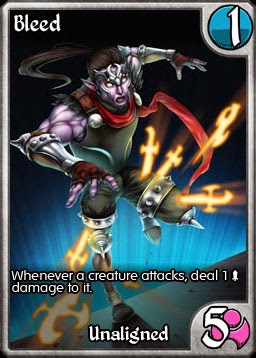 Creatures with one health simply can't attack with this Rune Word in play or they'll die instantly. Larger creatures will also be whittled down, throwing off combat math. As physical damage Bleed can be resisted with a nice coat of armor though. Will Hero's Calling find a place in the next generation of decks? Wait and see.

So back to Jorma. Overall we like Jorma and have no issues with her power level, despite being the top played Hero (someone always will be),yet with these new tools other heroes may just rise up to challenge her crown.

Stay tuned for more previews soon!
Posted by Unknown at 19:38