Just wanted to give everyone a quick update of where we're at with taking over Kingdoms CCG. We've had a bit of a delay taking over the day-to-day operations of the game, but we now have access to all of the tools, and will be ramping up this week.

We know that after such a long hiatus that you are all waiting anxiously for new content and a shake up of the metagame. We do not have final dates for any changes yet, but have an overall plan that I can share with you.

Here is our upcoming plan:

1) Content Release 1: Expected release: Mid-November. This will be our first update, so we're keeping it small, but significant. This update will contain the following changes:

2) Set Release 1: Expected release: Mid to late December. As stated previously, this will be a 55 card set. The key reason that this game will take longer to release is that we need to get the art completed. We will be working with the original artists of Kingdoms CCG, as well as working with a second well-known studio to get this art done as quickly as possible. That said art does take time and we want it to impressive! As the art starts coming in, we will start spoiling cards from this set.

3) Steam Release: Late December or Early January 2015. Our goal is to have the game on Steam by the end of the year, and are confident that we can do it. This won't have much impact on you as a player except that you other than seeing a LOT more players to compete against.

4) Set Release 2: Expected Release: Early 2015. Another 55 card set that will act as a mirror of the first set. What do I mean by that? More will be revealed soon.

And to end you off with another tease, here is a bit more of our special promo legendary: 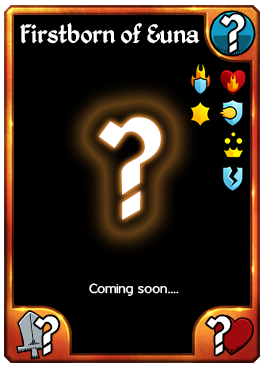 Yes, that's six abilities. One from each of the six Kingdoms. And the card will have card text as well... How will you get this card? Anyone who plays the game between October 1, 2014 and the day that we release the card will receive it FREE. So if you know anyone who hasn't played in a while, let them know!